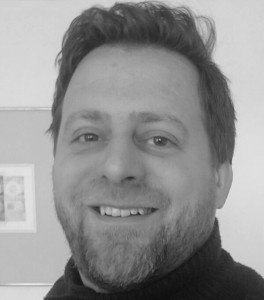 Hi, I’m Simon Ramsay the minister of RPUC, which is my second full-time ministry, as I served in an inner-city church in Birmingham for about a decade.

I first came across Unitarianism when I lived in the West Country and became a member of the Bayshill chapel in Cheltenham, and later Crewkerne chapel in Somerset. When I discovered Unitarianism I felt that I had found my spiritual home. I had spent the few years previous to this engaged with my own meditation path but longed for a community to walk with that also afforded me the freedom to explore my spirituality as it arose. My keen interests were, and continue to be, the exploration of the variety of ways that humankind has answered the most fundamental questions of life such as: Why am I here? Is there meaning to life? What happens to me when I die? This keen interest created a curiosity in me to explore different religious paths and traditions, but, at this time, I didn’t feel that there was a church that could accommodate my interests and passions … until, quite by accident, I stumbled on my local Unitarian church with an inspirational minister from the USA. I was hooked! I could be myself and explore all the things that I wanted to without being told that my thoughts, beliefs and feelings were wrong. (Having said that, I have had my thoughts, beliefs and feelings challenged in positive ways!) I was a member of these congregations for about six or so years before I made the decision to apply to train to be a minister.

I took up my first ministerial post in 2004. My keen interest in interfaith matters led me to become the chair of the British chapter of the International Association of Religious Freedom for a number of years. I have also been a part of a large number of interfaith initiatives, including setting up an organisation entitled ‘Faiths Connected Foundation’ with a Bosnian Muslim imam. We wanted to organise projects for people of different faiths, so that, in working with one another, we could also became more acquainted with one another’s beliefs. It is probably due to my passion for interfaith that we now have a scheduled programme here at RPUC where different religious communities are invited to join with us in worship and share what is so special about their belief, then join with us for food and fellowship.

In my role as minister at RPUC I wish to create a loving community of ‘open hearts and minds’ but also a stimulating, sometimes challenging, but safe space where all can explore their own individual spiritual path. I have benefited so much from the positive encouragement of many Unitarians along my journey and want to extend that same opportunity to others. In the words of Francis David, ‘we need not think alike to love alike’, so individual autonomy of thought and spiritual trajectory should be cherished, while at the same time the value of community is encouraged.

I hope you can join with us so we can share this most exciting of all journeys together.

To hear some of the people in our congregation talking about what RPUC means to them, see our film Why I Go to Richmond and Putney Unitarian Church.

Editor of the Flame (monthly newsletter)